My First Academic Poster: “Eat Me, Drink Me: The Gastronomy of Neil Gaiman’s Neverwhere” 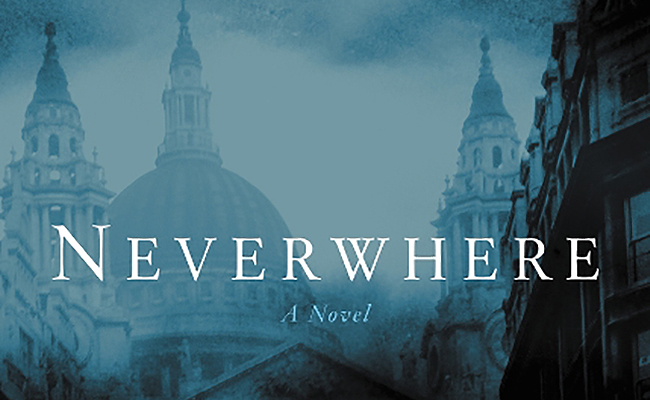 From Reaching Beyond the Saguaros: “Layton, Utah” 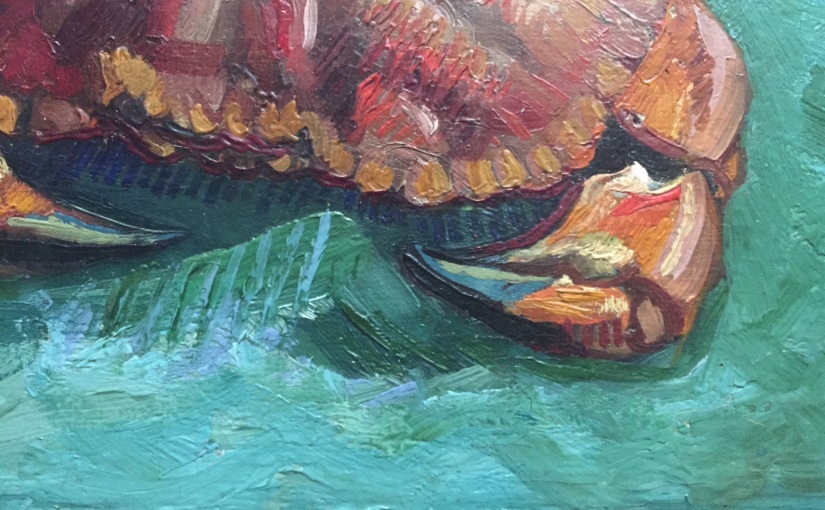 Several years ago, I wrote a scene for what I thought would be the first novel in a fantasy series. The main character sat down in a pub and ordered a “Kasiosi” meal, except the character himself is not Kasiosi, he is Lyssan. The meal was something along the lines of “smoked wild mountain boar with apples and roasted vegetables.” Why was this so significant? Because the character was telling me more about his backstory, or rather something in my writer-brain was telling me something had unexpectedly developed via that plate of food. I already knew that this character had a grim backstory. What was so significant about that meal was the dish was a memory of the “home” he had cultivated, even in the face of sexual slavery.

This was one of the first times when I realized that food had started to creep up as a reoccurring motif and theme in my writing. It would be another few years before I wrote my master’s craft thesis on the trope of the feast as part of introductory world-building and a character’s journey in fantasy and science fiction. I think this revelation came about because I had been undergoing my own food journey.

I have struggled with my weight since my teens. In 2010 I joined Weight Watchers and was successfully losing weight until I developed gallstones and everything was derailed once again. In 2012 my weight was on the forefront of my mind again when a medication change reduced my appetite, and also caused other unfortunate side effects. The weight loss was not worth the risk to my life. And after that I put on more weight with another medication change. But throughout all this I was slowly teaching myself how to cook. Often in an attempt to cook healthier meals, but mostly it was because I loved that I had a talent to cultivate and share with my family and friends. This learning to cook was accompanied by an increase in reading cookbooks and other food writing. In fact, one of the close reading essays I did during my MFA program was on a cookbook. I think that was a first for my teacher.

I ended up devouring (pun intended) texts by Michael Pollan, Bee Wilson, Julia Child, Mark Bittman, Ina Garten, Giada de Laurentiis, Nigella Lawson, and many others. This osmosis of food reading made its way into my writing, as any kind of reading eventually does. So much so that as I said before, I slowly became consciously aware that I was not only creating and consuming food on the plate, I was doing so on the page as well.

Fiction and eating are both acts of cultivation, creation, and consumption. Like other parts of fiction, food imagery is inherently interlinked with realism. It’s hard to have a story without food, even in short fiction, there’s usually a notion somewhere that eating is a part of humanity, even if it’s a throwaway line or a recognition of another of the classic five senses. Food is one of the few things that stimulates sight, sound, smell, touch, and taste in varying synchronous successions. It’s hard to imagine those five words, without a Newtonian mechanics of going through another one, or visiting all five, they reinforce one another.

The hardest part of my postgraduate research then is taking all that I have devoured, in literature of all genres and in all the meals I’ve ever eaten, and putting them on the page and having it make academic sense. But I suppose this is the same anxiety experienced by every graduate student. Just because I am taking what bloggers and readers have sensed for years and putting it out there as research, doesn’t make it any less apart of the everyday. Isn’t that the point of fiction? To just barely elevate the believable into something fantastic?

All fiction needs realism. Realism is rules that can easily be relayed from writer to reader. A sense of authority that this narration has something else to say about the human condition via a grisly murder mystery, the ennui of generation Y, or an adventure that starts with a grand feast. The reader relies on the writer to make it seem acceptable to take the words on a page and turn them into strings of story that eventually untangles at the end; that a meal is finished with the desire for evermore delights.

The postgraduate blog of Ginger Lee Thomason, PhD student in Creative Writing at Anglia Ruskin University. The title of my creative thesis is "How to Cook a Dragon" and the accompanying academic portion is titled "Food and Cheer and Prose: A Taste of Fantastic Fiction." View all posts by FoodCheerProse